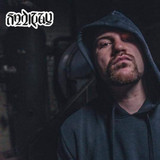 "Mr. Other little side of us....Mr. Could be havin' sex on a plane and still couldn't give a flyin' f***" Sadizzy is a Hip Hop artist, writer and producer from Manchester, England. A "one man band" of sorts musically. Sadizzy writes, produces, arranges and engineers almost the entirety of his body of work that has been previously released and yet to come. Born and raised on one of Britains bleakest council estates Langley, Sadizzys content thematically is usually centred around typical working class life, his own personal experiences within it and his own personal battles with mental health along that journey. Musically influences of 90's boom bap, Indie, Rock, Metal, Swing, Jazz and Soul are all present and presented with lyrical acrobatics laced with pitch black humour and razor sharp wit. Sadizzy has long been on the underground scene as a solo artist and also as a crucial part of Manchester Hip Hop collective Illerstate. Now with a few commercial releases with Illerstate recieving airplay on platforms such as Channel AKA and BBC 1xtra and supporting Hip Hop greats such as Grandmaster Flash & The Furious 5, Ill Bill, Vinnie Paz and Ghostface Killah, Sadizzy already has the ability to be a musical force that resonates with audiences. Now taking a musical leap alone - in his own words "If I'm the underdog, I've gotta be the dogs boll@**s!"