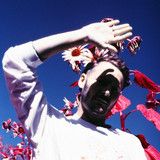 Ben Howard returns with his 4th album, Collections From The Whiteout, produced alongside Aaron Dessner (The National). The foreboding darkness that coated Ben’s second record I Forget Where We Were and thinly veiled its follow up Noonday Dream, isn’t so evident on Collections. These are songs written from headlines scanned, or news stories scrolled past, providing inspiration for a selection of vivid narrative snapshots – the death of amateur sailor Donald Crowhurst (Crowhurst’s Meme); Russian fraudster Anna Sorokin (Sorry Kid); the man who stole and crashed a plane in Seattle (The Strange Last Flight Of Richard Russell); and the dismembered body a friend of his father found in a suitcase floating along the Thames (Finders Keepers). Alongside them, the personal anecdotes from the same scattered period living between Paris, Devon and Spain. Yussef Dayes features, as does Kate Stables (This Is The Kit), James Krivchenia (Big Thief), Kyle Keegan (Hiss Golden Messenger), and Dessner. Thomas Bartlett, St. Vincent’s go-to pianist, and Rob Moose, a long-standing arranger of strings for Bon Iver, are also present. Long-term guitarist to Ben’s band, Mickey Smith (A Blaze of Feather), remains a reassuring constant. It’s a sonic adventure that continues this nagging suggestion that Ben is one of the UK’s most inventive and naturally talented songwriters. CFTW is his latest opus, and arguably his most fully realised to date.