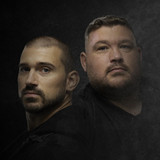 Wales is a country that has produced its fair share of musical talent over the years. Some of the industry’s heaviest hitters and most influential characters have also been produced within the Welsh borders, none more so than dance music royalty Sasha and Paradise head honcho Jamie Jones. The latest talent to stand up and be noticed is the North Welsh double act BRODYR. BRODYR, the Welsh word for brothers, is the alias of the sibling partnership of Mike and Dave Blackwell. Although only started in September 2015, the seeds for the BRODYR project were planted long before the three years it has been in operation. Heavily influenced by some of the Balearic Island’s most recognisable faces, in particular Carl Cox and Marco Carola, BRODYR have developed their own unique style that encompasses the full techno spectrum, ranging from minimal to tech house and everything else in between. Having played their very first gig in Space Ibiza, big things were always likely to follow for BRODYR. Following up their debut performance, BRODYR have become regulars at The Warehouse Project and have also played venues like EGG London, as well as festivals such as Parklife and Hideout. With a number of local and international bookings already confirmed, as well as a catalogue of music awaiting release, it is easy to see why BRODYR have been labelled as “one to watch” for the remainder of 2020 and beyond. The future is bright for these Welsh brothers, watch this space for more to come.