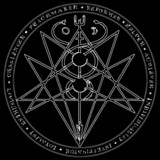 AvatariA consists of Light and Shadow who have been perfecting their own sound for over 10 years and have redefined Dark and Black Metal, which consists of Death-, Thrash- & Blackmetal and Gothic elements and is comparable to bands like Behemoth, Septicflash, Rotting Christ and Emperor. Since 2009, AvatariA has already released four albums on the market, and has been walking musically between heaven and hell with a passion for darkness that jumps from songs directly into the ear. This is what the press says: "The tip is definitely "Twilight"; dark black metal vibes, a little symphonic sound and epicness, awesome shit, that's how you like it. (Tough Magazine 11/2020) "New genre terms are often used exponentially, but in the case of the Berlin AvatariA it is true that they have opened up a completely new category with their music. (Legacy, 06/2019) "With black and gothic devotees in majestic, oppressive hymns, carried by guitarist Tommy's distinctive grave voice, you will get your money's worth (Rockhard 02.2020) AvatariA is an unmistakable insider tip and does not fit into any drawer. Members: Tommy (vocals/guitar), Carlos (keyboard), Max (drums) Tölle (bass/back vocals)