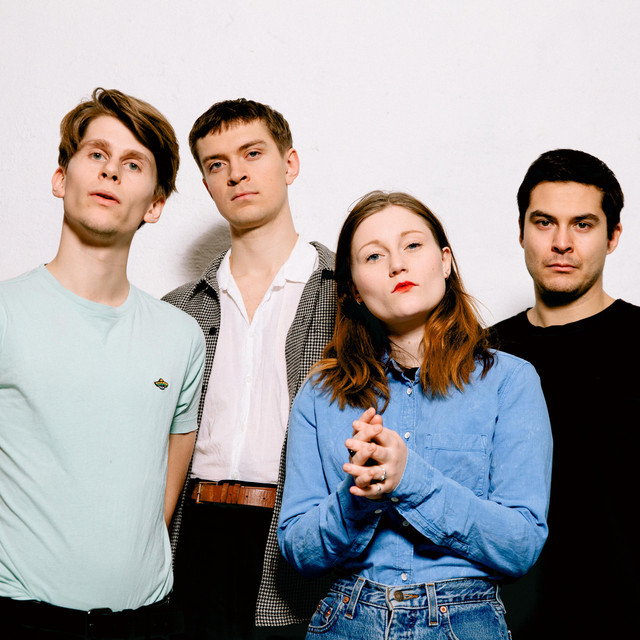 Sløtface, formerly known (and still pronounced) as Slutface, are a Norwegian punk band from Stavanger. Formed in 2012, the group started when vocalist Haley Shea and guitarist Tor-Arne Vikingstad began writing songs together, later being joined by drummer Halvard Skeie Wiencke who had previously played in a hardcore band with Tor-Arne and bassist Lasse Lokøy. Releasing their first single "Angst" in 2014, the band signed to Propeller Recordings record label in the summer of 2015. In October 2015, they released "Shave My Head" alongside B-side "Get My Own". The release was succeeded by their third single "Kill Em With Kindness" in January 2016. On 1 April 2016 the band changed their name to Sløtface, citing social media censorship issues and released the single "Sponge State", reaching critical acclaim. The single became the lead track of the band's debut EP, Sponge State. The band released their second EP, Empire Records, on 18 November 2016. The four-track EP included singles "Take Me Dancing", "Bright Lights" and lead-track "Empire Records", the latter single garnering huge support from the music and film industry alike with its references to the 90s cult-classic films Empire Records and High Fidelity. On 27 April 2017, the band announced the upcoming release of their debut album Try Not To Freak Out along with its first single Magazine. The album recieved critical acclaim, which made the band very happy.