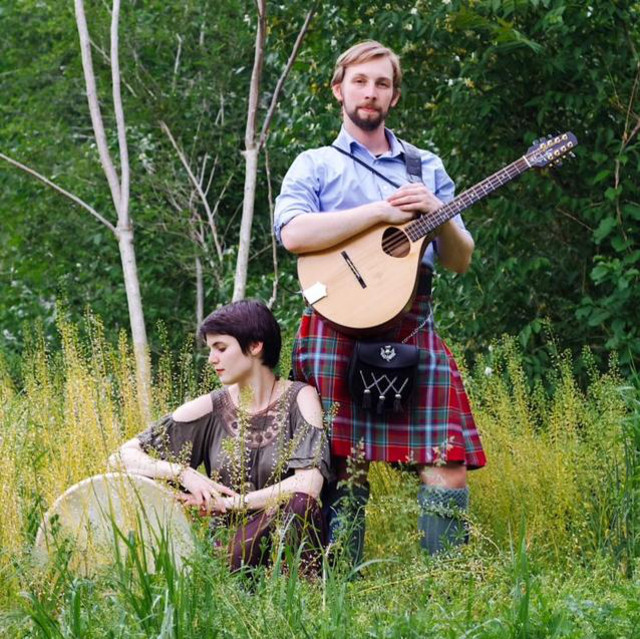 Josh Kinn and Julie Borden met at the Roanoke, Virginia traditional Irish session in 2017. The two soon began collaborating, working out harmonies and accompaniment for songs that they'd originally brought to the session as solos. In August 2018, they made their first appearance at the Salem, Virginia Green Hill Highland Games.   Kinnfolk is a string-pluckin', drum-thumpin', song-warblin' duo dedicated to passing on old tunes to a new generation. Traditional music isn’t a thing of the past. It’s alive and well in the Blue Ridge Mountains!