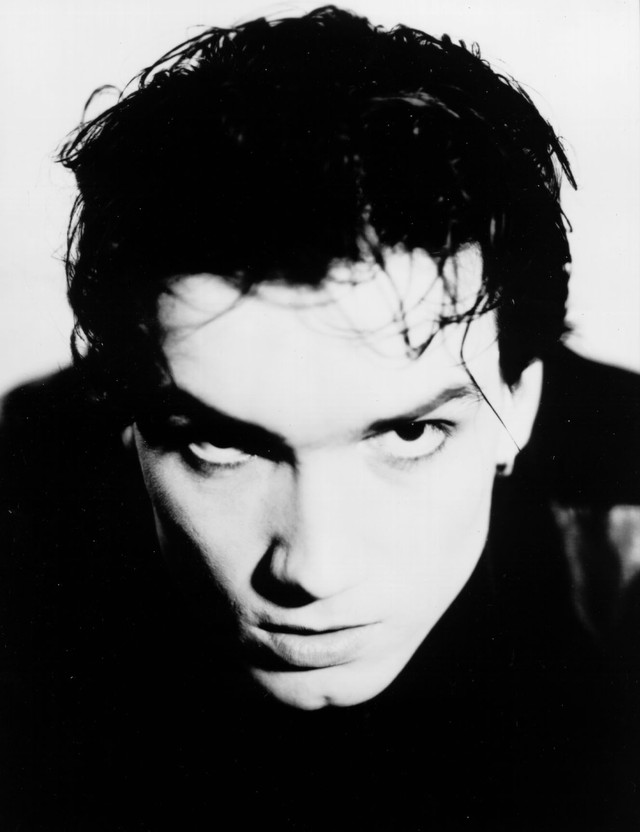 Pig is the main project of British musician Raymond Watts, a founding member of German industrial stalwarts KMFDM. Grittier and more experimental than many of the more well-known industrial acts, Pig's early albums, such as 1988's A Poke in the Eye... with a Sharp Stick, incorporated jazz and orchestral influences, not unlike sometime collaborator Foetus, along with metal guitars and complex dance beats. Subsequent albums were harder and more guitar-driven, yet featured surprising elements like the Latin rhythms on 1999's Genuine American Monster. After 2005's Pigmata, the project went on hiatus for a decade, returning with fellow KMFDM founder En Esch in the fold on 2016's The Gospel. This kicked off a prolific run of albums which included 2019's Candy, an eclectic collection of covers, and the back-to-basics industrial rock of 2020's Pain Is God. Raymond Watts was born in London in 1961. Active as an engineer, producer, and musician since the early '80s, he worked with industrial acts such as Psychic TV, Coil-related project Zos Kia, Foetus, and Einstürzende Neubauten, as well as indie pop group the Hit Parade. He was also one of the founding members of the performance art ensemble originally known as Kein Mehrheit für die Mitleid, which would only later develop a more musical focus and become known as KMFDM. He left that band in its early stages and, as Pig, released a number of albums. The Wax Trax! label issued his debut LP, 1988's A Poke in the Eye... with a Sharp Stick, and his first two singles. He followed with Praise the Lard (on Concrete Productions) in 1991. He would soon form a relationship with an A&R man at Alfa Entertainment, which released his albums The Swining and Red Raw & Sore, initially in Japan only. Watts also produced Je M'Aime, the 1994 debut by Sow (Anna Wildsmith), which was later reissued and credited to Pig & Sow. When Watts' A&R contact moved to Victor, Watts followed and issued several albums through them, including the 1995 full-length Sinsation (issued in America the following year by Trent Reznor's Nothing Records). That year, he also returned to KMFDM to help them record their seventh album, Nihil. Wrecked arrived in 1996, with an American release following in 1997 on Wax Trax!/TVT. The music featured on Watts' albums evolved over the years to become increasingly complex, incorporating German, British, and Japanese pop music elements and a variety of electronic idioms. The No One Gets Out of Her Alive EP appeared in 1998. In 1999, Cleopatra Records re-released the two Alfa albums as a single volume, resurrecting one of the strongest periods in his career. Genuine American Monster was issued in Japan the same year (Metropolis re-released it three years later). He performed with KMFDM for a few more years, and was co-credited on their live release Sturm & Drang Tour 2002. Two years later, Watts released the hard-rocking Pigmartyr under his own surname, producing a remastered version titled Pigmata that arrived in 2005, as the seventh Pig studio album. Watts would sideline the Pig project for a decade, though he released a few projects under his own name, including the 2010 EP Mellan Rummen (with Dr. Shinto), composed as the soundtrack to a book by Daniel Watson. As Pig, he guested on "Bin Therre," the 2013 single by Mekon (frequent collaborator John Gosling). Pig returned in 2015 with a pair of collaborative EPs (Compound Eye Sessions with Cubanate's Marc Heal, aka MC Lord of the Flies, and Long in the Tooth with industrial rock supergroup Primitive Race). En Esch, one of KMFDM's other founding members, officially joined Pig in 2016, and their eighth LP, The Gospel, was released that year, with a remix album, Swine & Punishment, landing in 2017. Studio effort Risen appeared in June of 2018, and a few months later, the group released a cover of KC & the Sunshine Band's "That's the Way (I Like It)" with musician and adult film star Sasha Grey. Following 2019 remix collection Stripped & Whipped, the Grey collaboration appeared on Candy, an entire album of covers, issued by U.K. label Armalyte Industries. After another remix album for the label, 2020's Stripped & Ripped, as well as a trio of independently released EPs, Pig returned to Metropolis with Pain Is God, which included versions of material from the EPs as well as the KMFDM song "Kickin Ass." ~ Stacia Proefrock & Neil Z. Yeung