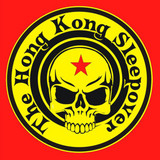 The Hong Kong Sleepover is a Miller Highlife fueled heavy metal band from Macomb, IL. When they aren’t guzzling down the champagne of beers, they are creating a groove laden brew of rock & roll steeped in heavy metal grit. The low and heavy sound of their music is only surpassed by their unique and raw vocals. The band's lineup has been the same since their first release in 2008, featuring: Ted Renner (Lead Vocals/Rhythm Guitar), Pete Thompson (Lead Guitar), Waylon Brown (Bass), Mike Kump (Drums). Through the years, they have grown and evolved their sound into a genre one could perhaps call “beer metal”. But make no mistake, while they may just seem to be drunken goons you could hire to bust your boss’s kneecaps, their music hits you in the face harder than their boots. The band's hard work and unparalleled live show has allowed them share the stage with acts such as: Puddle of Mudd, NONPOINT, Three Days Grace, Saliva, LA Guns and more. Since being formed in 2007, The Hong Kong Sleepover has released three full length albums (Mustard 2008, Bolshevik Firecrackers 2013 and Butcher & Bolt 2019) and one 5 track EP (The Swedish Teaser 2011). Mustard was the album that helped established their fanbase with tracks like “The Greasy Wheel Song” and “Hatchet Man” getting constant airplay. Bolshevik Firecrackers brought a heavier side of the band and Butcher & Bolt is the perfect brew of the groove filled riffs of Mustard along with the heavy aggressiveness of Bolshevik Firecrackers.