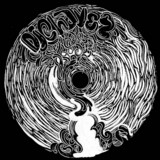 DJ CHAVEZ is a turntablist and producer from Barcelona, ​​specifically from Sta. Coloma de Gramenet. He started in Magnátiz, a well-known hip-hop band from Barcelona, ​​where he performed all over the country, performing in numerous concerts and festivals such as Viñarock. After two Lp's and two Maxis he started his solo career as a producer; "Changes" (Tang Lang Music '06) it was his first reference. A first work with international distribution named 7th best album of the year in the section of National Hip Hop, by the prestigious magazine Mondosonoro. Also noteworthy is his time with Aerolineas Subterráneas, a hip hop band formed by musicians, who released the album "Soul Deluxe Vol. 1: La semilla" (Clavoardiendo '07) and who presented at the mythical and defunct hip hop festival, Cultura Urbana. Eclectic for his sessions of black music, electronic and abstract hip hop. He has visited the booths of the most prestigious clubs of the city such as Razzmatazz, Sala Apolo, City Hall, KGB, Otto Zutz, BeCool, Marula Café, Barts Club, Harlem Jazz, Garage 442, Freedonia... And festivals like Sónar, Hipnotik, Urbanfunke, Block Party, Spoko and BAM. The strong drums, the atmospheric and emotional melodies, the deep and dense basses and the Martian scratch, is the unmistakable mark of this artist who invites us to make a sound trip through the different layers of his productions.