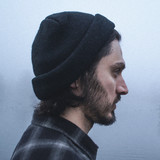 Having already supported Example, The Cribs & Jake Bugg and had the likes of Alex Zane and Stacey Solomon tweet about him, West London indie pop artist Polar Caps returned bigger and better than ever with the release of ‘Circles', which dropped 4th December 2020 via Alaskan RecordsPolar Caps (aka singer-songwriter, multi-instrumentalist and producer Owen Hughes-Holland) has a wealth of experience in both the live arena and the music industry itself. Owen is also known as the founder / guitarist of tech rock band First Signs Of Frost Taking influence from a wide range of music, from the likes of Bon Iver, Fleetwood Mac, Josh Pyke and John Mayer, whilst through his haunting falsetto melodies, dream like guitars, and ambient soundscapes, Owen delivers emotive, yet raw honest songwriting. Previous mid-tempo, indie alt-pop anthems such as My Only Light and Call It Wishful Thinking have gained Polar Caps support from NME.com, MTV artists, AMBY & When The Horn Blows Magazine to name just a few. Now as he embarks on a new musical direction, armed with the fresh new single ‘The Hillside’. It seems as though 2021 is set to be a landmark year for the indie artist.