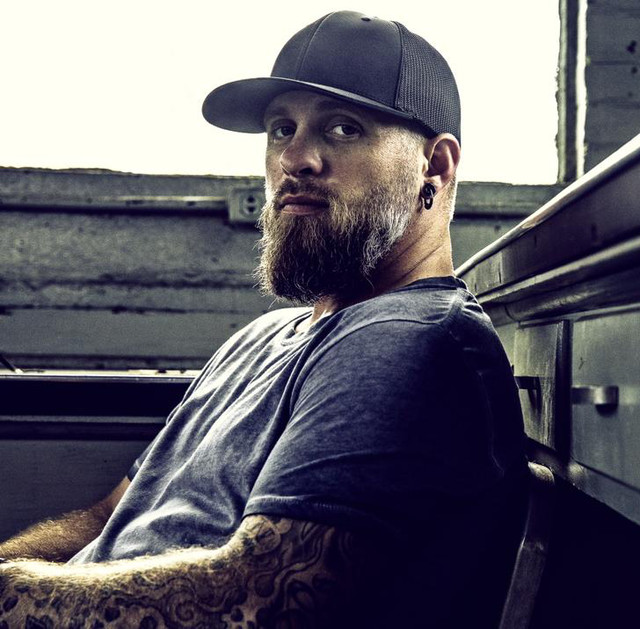 If Brantley Gilbert's churning, minor-key country-rockers recall Jason Aldean, there's a reason for that. Prior to Gilbert scoring a number one hit with "Country Must Be Country Wide" in 2011, he made his bones as a professional country songwriter, penning the Aldean hits "My Kinda Party" and "Dirt Road Anthem." These tunes were enough to jumpstart Gilbert's career, moving him into the big leagues with the 2014 album Just as I Am. Anchored by the career-making hit "Bottoms Up," Just as I Am established Gilbert as a star in his own right, positioning him in a place just south of the bro-country that dominated the early part of the 2010s. Gilbert played a new-fashioned style of traditional country, one that was rooted in the country-pop and arena rock fusions of the '90s and receptive to sly modern R&B and electronic flair. By subtly weaving these elements into his music, Gilbert remained in the Country Top Ten through the end of the 2010s, racking up hits like "The Weekend," the Lindsay Ell duet "What Happens in a Small Town," and "Small Town Throwdown," which featured the like-minded singers Justin Moore and Thomas Rhett. Gilbert was born in the small town of Jefferson, Georgia, just outside of Athens. He grew up hearing country music, but he also listened to a lot of Athens rock bands like R.E.M. and the B-52's, plus the swaggering Southern rock of bands like Lynyrd Skynyrd; at his best, Gilbert blends all of these various strains together in his music. It was a near-fatal car accident when he was 19 years old that spurred him to give music his all, and he started writing songs in earnest, playing mostly solo acoustic gigs before forming a band that could bring his vision of a hard-stomping country/rock/soul show to fruition. Moving to Nashville, he signed with Warner Chappell Publishing (his songs have been recorded by the likes of Jason Aldean and Colt Ford) and began working toward completing an album. Modern Day Prodigal Son finally appeared in 2009 from Average Joe's, which also released the follow-up, Halfway to Heaven, in 2010. Gilbert signed with Big Machine's Valory Music imprint in 2011 and the label reissued Halfway to Heaven. With Valory's support, the album took off: "Country Must Be Country Wide" and "You Don't Know Her Like I Do" both topped the U.S. country chart on their way to being certified platinum. Two other singles were pulled from the record in 2012 -- "Kick It in the Sticks" and "More Than Miles," both peaking in the country Top 20 -- and then in 2013, Gilbert began working on a new studio project with producer Dann Huff. "Bottoms Up," the first single issued from these sessions, turned into Gilbert's biggest hit to date in early 2014, reaching number one on the charts on its way to selling over a million copies. Its success whetted the appetite for Just as I Am, which saw release in May 2014. Just as I Am went to number one on the Billboard country chart and number two on the Top 200, eventually getting certified platinum thanks to the hit singles "Small Town Throwdown," "One Hell of an Amen," and "Stone Cold Sober." In the summer of 2016, he released "The Weekend," the first taste from his third major-label album The Devil Don't Sleep. After "The Weekend" made it into the Billboard country Top 20, The Devil Don't Sleep followed in January 2017. In early 2019, Gilbert paired with Lindsay Ell for the Top 40 Hot Country Songs single "What Happens in a Small Town." The track paved the way for the singer's fifth album, Fire & Brimstone. The heartfelt "Hard Days" marked Gilbert's first outing of 2020. ~ Steve Leggett, Rovi