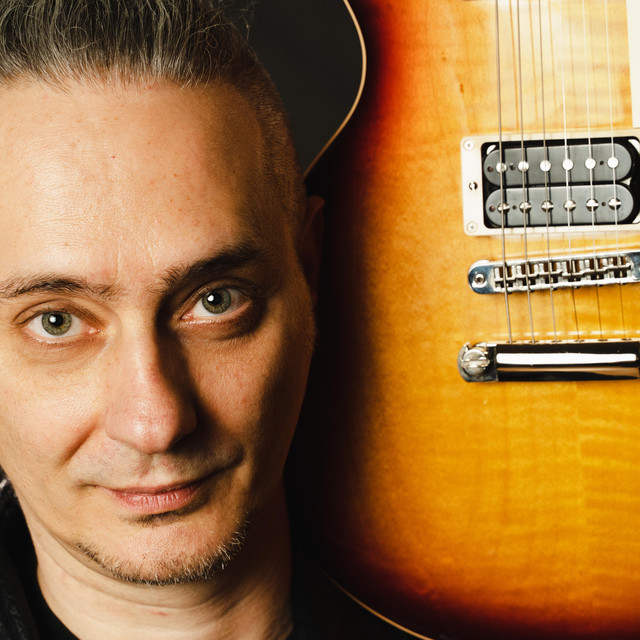 " ...On “Symmetry Of Diving” , Vanja Kevresan has presented a masterful and idiosyncratic collection of original compositions all performed on solo guitar.

His rhythm and technique are absolutely astounding, and I feel it’s not long before more ears figure out just what they have been missing! " JONATHAN KREISBERG “....he is considered one of the most accomplished jazz guitarists of today's European jazz scene. He has previously worked with the Dortmund Jazz Academy and works as a musician artist in residence”....-Ministry of Culture and Science, Nordrhein, Westhafen/ Germany, Jazz Domicil Dortmund Press. "...Vanja Kevresan, who has become one of the most creative minds of the Berlin jazzscene..." -Ministry of Culture and Science, Nordrhein, Westhafen/Germany, Jazz Domicil Dortmund Press. ​​ ​Vanja Kevresan is a Serbian Jazz Guitarist/Composer currently residing in Berlin, Germany. In 1996 he founded his guitar trio VANJA K3 and 2009 his group TRIP TONES, also co-leading the innovative and critically acclaimed group “SPACE TIGERS” with Grgur Savic since 2016. https://www.vanjakevresanmusic.com