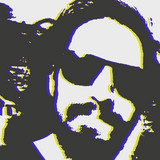 EbivEx Vahid Ebrahimi, known as EbivEx is a music producer and audio engineer was born in Shiraz at 1991 and raised in Tehran, Iran. He graduated in Shiraz University and started his music career in 2010 as a studio manager and producer for several Rock bands and Hip-Hop Artists in Shiraz, Iran from 2010 to 2015. In 2015 he moved to Tehran, Iran and he officially started his career as music composer, music producer, sound designer and sound engineer. In 2017 he founded the SinorRecords which is an underground Hip-Hop organization. They released 4 albums and 18 single tracks from 2017 to April 2020. In 2019 he started the Persian version of the show called "One Sample and Four Producers", in which he has collaborated with many well-known producers and composers. In May 2020, he became an official member of Artesh Crew which is an underground hip-hop organization. They released several single tracks and weeks ago, he released his first Instrumental Album called "Do Ghotbi". Currently he is working on a new project called "Daskaari" which include mashup and remixed tracks, in the other hand he is working on several single tracks and starting the second album. Stay Tuned! Artesh