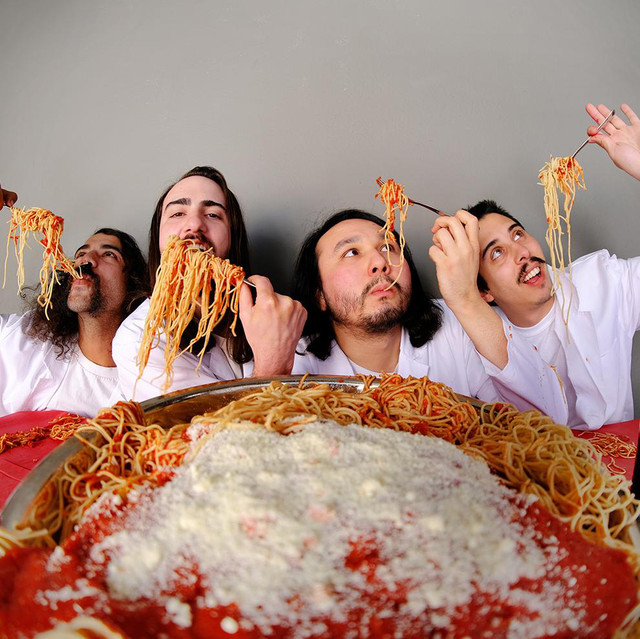 Building on a momentum of psychedelic sounds, Pomona locals The No. 44 step into a high throttled scene of fuzz while weaving into a refined soundscape of rock n’roll. With only a few years under their belt, the foursome have built quite a momentum and growing fan base. Receiving love from their native surroundings of the Inland Empire to Los Angeles, The No. 44’s energetic performances have made them a must-see act to truly appreciate their cosmic kinship and simultaneously, their down to earth demeanor.   The psych-outfit welcomed listeners on a scuzz introduction for their ideals and sounds on their debut EP, Venus Eye Trap. Dan Gee, Evan Achen, Dustin Fernandez, and Evan Lomnitzer sonically explored the realms of psychedelic rock and kept the EP fresh and modern with electronic pulses. Tracks like “Crystalline” tugged on eerie keys and warm harmonies, while “Better Times in Higher Places (But These Times Are Okay Too)” displayed a colorful palette of sounds, all leading back to the fast-paced compulsion that the band naturally embodies.   Whereas the last fury of psychedelic storms mesmerized on previous releases, the new assortment of singles see the band emerge into a harder realm of psych-rock with dark undertones ahead of their full-length, Reflexive // Repeater. “All My Friends,” and “Atmost” via Austin’s Secret Soup Records, recognizes the band venturing into a thicker assortment of conceptual themes and opaque structures.   -Janette Ayub, Girl Underground Music