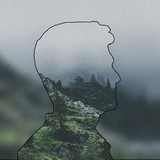 He began his musical career studying clarinet. He has collaborated over the years with various musical groups but mainly with the Banda Musicale di Genazzano “L.Gardini” and the Orchestra Popolare a Colori. In 2014, his first album Feelin' Good (prod. Ars Spoletium) was released as a result of the jazz/klezmer musical duo project Bensey Road. Since 2012 he wrote soundtracks for movies and theater productions collaborating mainly with Italian independent productions. In 2017 he won the Best Soundtrack Award at VideoFestival Imperia for “Pinnocchio” directed by Riccardo Di Gerlando. In 2021, after a long hiatus, Knightfall (epic cinematic music) is released.