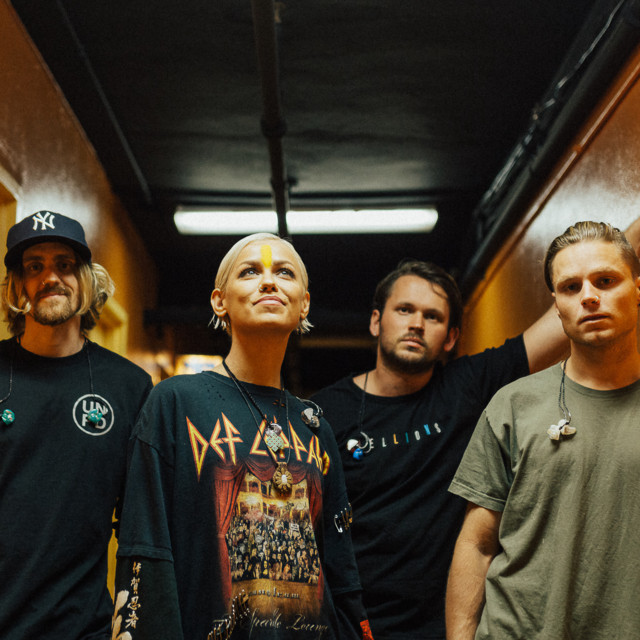 Formed in 2008 around the talents of Jake Hardy (guitar), Whakaio Taahi (guitar), Cameron Adler (bass), Matt Best (drums), and then-16-year-old vocalist Jenna McDougall, Australian pop-punk outfit Tonight Alive honed their chops in youth centers in and around their hometown of Sydney before releasing a string of increasingly successful EPs (All Shapes and Disguises [2010], Consider This [2010], and Let It Land [2011]). The band's major-label debut (for Sony Australia), What Are You So Scared Of?, arrived in October 2011 and charted both regionally and in the U.S., where it was re-released the following year through Fearless Records. The band's sophomore long-player, The Other Side, followed in 2013, and debuted at number five on the Australian ARIA albums chart and at number 43 on the U.S. Billboard 200. Preceded by the single "Human Interaction," the band's David Bendeth-produced third studio long-player, Limitless, arrived in early 2016. In April of the following year, Tonight Alive announced a deal with Hopeless Records and delivered the stand-alone single "World Away." Working in Thailand with producer Dave Petrovic, they followed up in late 2017 with the singles "Temple" and "Crack My Heart," which appeared on their fourth LP. Before the album's release, Taahi parted ways with the band. The quartet issued Underworld in January 2018. ~ James Christopher Monger, Rovi