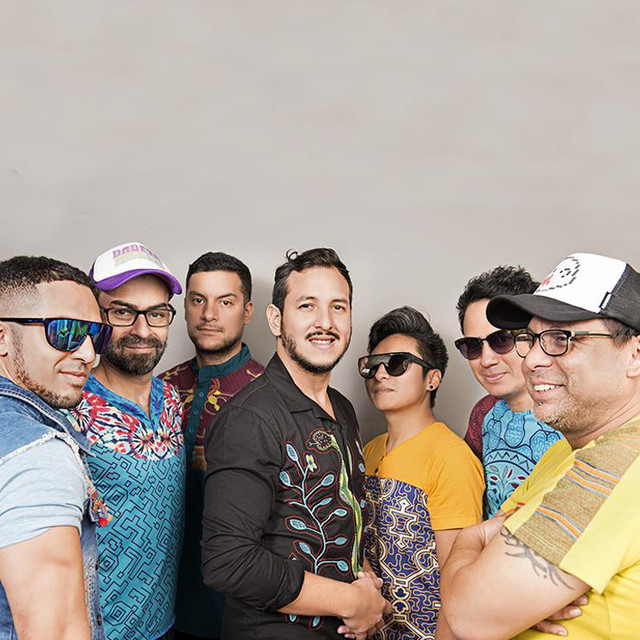 Bareto’s musical explorations began around 2003 with Jamaican ska and reggae, but quickly, and not giving up that original influence, Bareto then focused in Amazonian Cumbia and its psychedelic universe. Soon the experiment took shape in the studio album “Cumbia”, released in 2008, which pushed Bareto to a national success in their hometown, a peak never reached before by a band from the alternative circuit.   The band’s next step forward leads them to become a confirmed reference of contemporary music in Perú, which Bareto spreads around the world during various tours, last of them consisting in a month long trip connecting 7 concerts in Canada (with their debut at the prestigious Montréal International Jazz Festival) and 12 dates among Europe, including Portugal, Spain, France, Austria, Sweden, Stonie and their first ever concert in Russia.   Also, both their last two records of original material, “Ves lo que quieres ver” (“You see what you want to see”, 2013) and “Impredecible” (“Impredictable”, 2015), have been nominated for the Latin Grammy Awards.