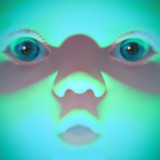 Hailing from Krypton with a mission to play arty and progressive rock. Yobrepus made their debut on the Oslo based indie-label Furuberget in 2017. The album, «Blakc Mould», was an eclectic collection of experimental, but melodic songs that was described by PROG magazine as a mix of Radioheadinspired sadcore, trip-hop and quirky indie-folk. Their sophomore album «Mycelium Days» came out on Apollon Records Prog Fall 2020 and ventures into a more progressive territory. The album has gotten some great reviews from the worldwide prog community. «Oslo-based studio project switches moods in style on second album» – Prog Magazine «Yobrepus is quickly becoming a must hear band who are expanding their horizons into very compelling and artistic avenues, as evidenced on this very well executed record» – Take Effect «Transcends and even defies categorisation, and a rigid summary of what this fabulous album sounds like is essentially a redundant and rather futile exercise» – Eternal Terror Members: Mats Jørgen Sivertsen – vocals, guitars, keys Vegard Weyergang Vartdal – bass and synths Paal Urdal – drums Øyvind Rognerud – keys and guitars Photography by Øyvind Eide