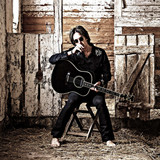 Per Gessle is one of Scandinavia’s most successful artists and songwriters of all time. Starting his career in 1978 as the driving creative force in Swedish 80´s pop phenomenon Gyllene Tider, he eventually found global recognition as a songwriter and artist through his collaboration with singer Marie Fredriksson in Roxette. The duo’s second album "Look Sharp! (Extended Version)” was released in October 1988, and included the American Number Ones “ The Look” and " Listen To Your Heart" as well as international hits " Dressed For Success" and " Dangerous". “Look Sharp!” selling more than 10 million copies paved the way for a string of hits: "It Must Have Been Love”—the main love theme for Hollywood block buster-film “Pretty Woman”—and " Joyride" also reached the #1 position in the USA, the latter helping the album sell 11+ million copies.   Per Gessle is the only Swedish artist/songwriter who has achieved four US #1 songs on the Billboard chart. With more than 80 millions records sold worldwide, Roxette is Sweden’s biggest music export next to ABBA. He has released eleven acclaimed best-selling solo-albums, received numerous awards, while since the mid 90’s keeping Gyllene Tider active with unprecedented success. A GT compilation became Sweden's best selling album two years in a row (1995-96) ten years after the group’s demise, and their record-breaking reunion tour ’96 that wasn’t eclipsed until the group reunited for a 2004 tour that still holds the Scandinavian record.