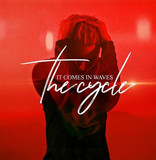 It Comes in Waves

Featuring It Comes in Waves

It Comes in Waves (ICIW) is an American rock band comprised of vocalist Rob Grounds, Drummer Hunter Stephens, Guitarists Kenny Boyer and Ryan Edgar, and synth player Peter Djurhuus (Helsingør, Denmark). It Comes in Waves was formed in 2018 out of the ashes of the post-hardcore scene by Rob Grounds as an evolution of his solo music efforts. Embracing their defiant brand of post-hardcore infused pop-rock the band has gained a loyal following of fans who listen to bands such as Pierce the Veil, Of Mice and Men, I See Stars and Sleeping with Sirens. ICIW has shared the stage with acts such as Asking Alexandria, Escape the Fate, Blessthefall, Red Jumpsuit Apparatus, and Eyes Set to Kill. In June of 2019 ICIW won the award for “best song” during the Rock-U-Fest event of 2019 held in St. Louis, Missouri. The bands second single, ‘Wolf in Disguise’ found early success earning the band placement in magazines such Alternative Press alongside Kellin Quinn of Sleeping with Sirens.