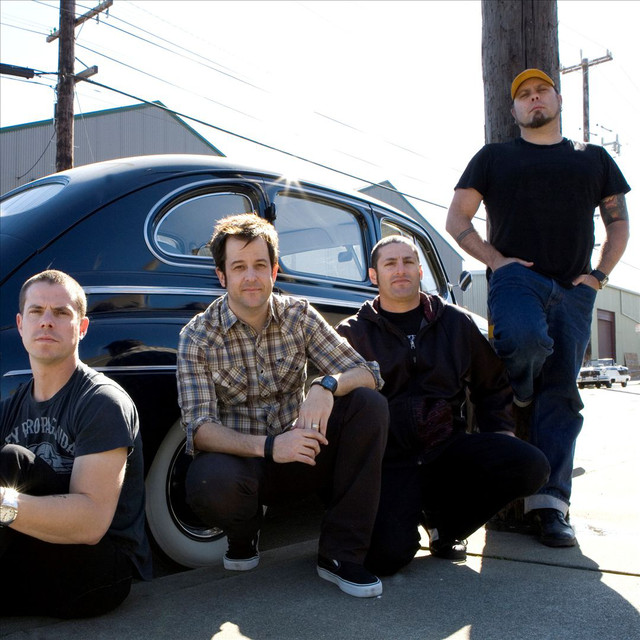 No Use For A Name

Featuring No Use For A Name

Hardcore punks No Use for a Name formed in Sunnyvale, California, in 1987, originally comprising singer/guitarist Tony Sly, guitarist Chris Dodge, bassist Steve Papoutsis, and drummer Rory Koff. Making their recorded debut later that year with "Turn It Around" -- their contribution to a double 7" released by Maximum Rocknroll magazine -- NUFAN next resurfaced in 1989 with the single "Let 'Em Out," followed a year later by their full-length debut, Incognito. After 1991's Don't Miss the Train, the group signed with Fat Wreck Chords for 1993's The Daily Grind; lineup changes regularly plagued No Use for a Name, and by the middle of the decade only Sly and Koff remained from the original roster. After 1994's Leche con Carne, the band kept a relatively low profile before resurfacing three years later with Making Friends, recorded with new guitarist Chris Shiflett and bassist Matt Riddle. Shortly after completing 1999's More Betterness!, Shiflett exited NUFAN to join the Foo Fighters; he was replaced by former Suicidal Tendencies guitarist Dave Nassie. The NRA Years followed in 2000, and the following tour was promoted with a live album a few months later. The band stepped back into the studio at the end of 2001 and reappeared the next year with Hard Rock Bottom. Sly issued a split acoustic album, aptly titled Acoustic, with Lagwagon's Joey Cape in 2004 before Keep Them Confused followed for NUFAN in 2005. The band's ninth studio release, The Feel Good Record of the Year, was recorded at the Blasting Room studio with producer Bill Stevenson and released in April 2008. Nassie parted ways with the band soon after, replaced by Lagwagon guitarist Chris Rest. Koff left as well, his slot filled by Boz Rivera. Tony Sly passed away on July 31, 2012, at the age of 41. Months later, the band reunited with Nassie and Koff for a tribute concert. Although they later reconvened for a Fat Wreck Chords anniversary show in 2015, it would effectively be the end for the band. In 2017, Fat Wreck Chords issued Rarities, Vol. 1: The Covers, which featured the band's takes on songs by the Misfits, Sublime, Social Distortion, Kiss, and Cheap Trick. ~ Jason Ankeny, Rovi