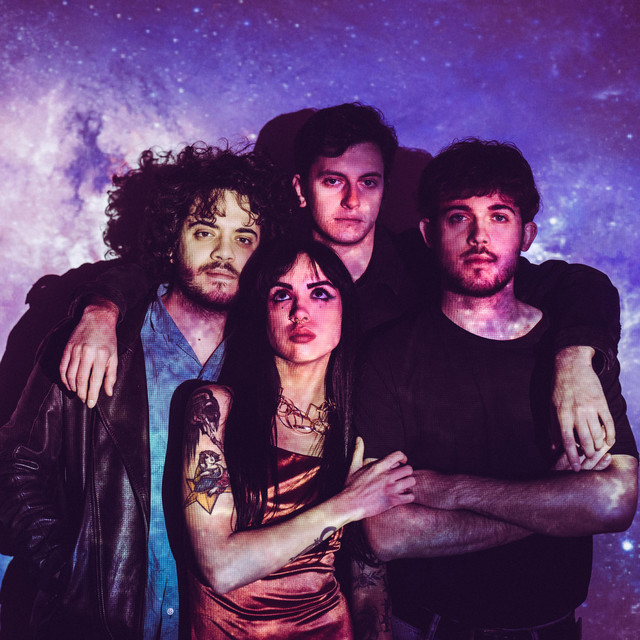 Fascinated by american aesthetic, between science fiction and long desert streets to be driven in the middle of the night, Heaven or Las Vegas from Venice, Italy, are looking for a sound dimension in which to free their demons and desires, without logic or imposed limits . Paolo Simioni (vocals and guitar), Piercarlo Michelin (solo guitar), Alessandro Beghetto (bass) and Nathalie Antonello (drums) rework their emo, shoegaze and dream pop influences into an indie-rock with 90s flavor. Taking inspiration from a space scenario, filled with the atmospheres of David Lynch, Heaven or Las Vegas explore the eternal contrast between dream and reality, between the human mind and the infinite nature of the Universe. The band released two singles in 2019 for Dischi Soviet Studio, the cinematic ‘’ Loggia nera ’’, followed by the instrumental spacey track ''Boyajian's Star''. Their last single ''Pop Dream'', a summer daydream, was released in May 2020.