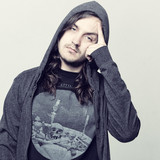 With electronic music continuing to grow and expand, standing out may seem like a difficult task for an artist. For TYNAN, standing out has always been a part of who he is. TYNAN, pronounced “Tie-nin”, as been producing the Dark Trap style sounds that have been blown up on the internet. Nothing is too weird or too unusual when it comes to his sound of music, generally that is just what he ends up with. He is a weird guy, who has found a way to express who he is while connecting with many others who can relate to him through his music.