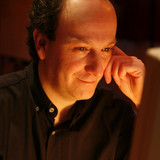 Clifford White is a music composer and producer best known for his angelic synthesizer music, most notably evident on his first solo album Ascension, which was released by New World Music in 1985 selling over 50,000 copies. Whilst Clifford's hopeful, optimistic, uplifting and inspiring musical compositions remain consistent throughout his 17 solo albums, his varied music also takes on elements of jazz, lounge, tribal, folk, classical, chill-out and dance music genres. His 2019 four volume SYNERGY series - which included the Waterworld, The Speed of Silence, Robot Dawn and Cityscape albums - traversed a wide range of styles and influences, with homages paid to Jean-Michel Jarre, Vangelis, Kraftwerk and Tangerine Dream amongst other notable synthesizer luminaries of the 60's, 70's and 80’s, all of whom influenced Clifford's early musical development. Whatever the style or genre of his albums, at the root of all of Clifford's music is an abiding sense of the spiritual. Clifford believes in the existence of the spirit and the soul, and the continuation of this essence beyond the physical. His spiritual beliefs pervade all of his music, and act as a medium though which Clifford hopes to offer his listeners a glimpse 'beyond the veil' to the joy, romance, mystery, beauty and majesty of the spiritual realms.