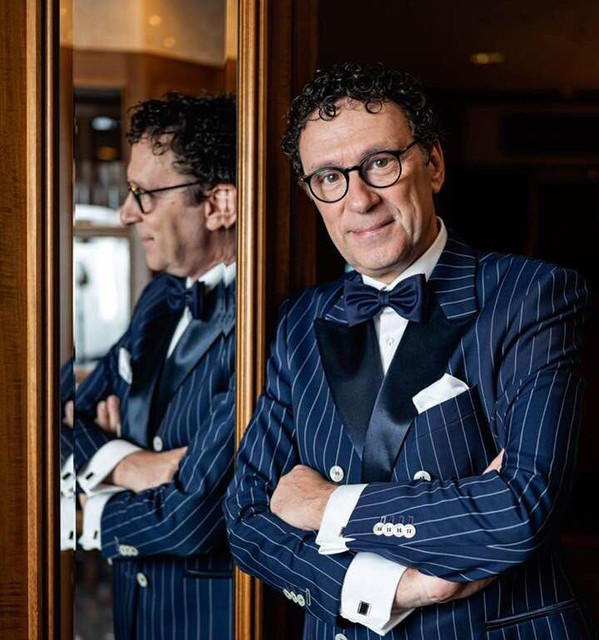 The Dutch Frank Sinatra ..More voice alike than this? Impossible! Enjoy the Songs and keep up the great Crooner Songs! Peter Douglas With his perfect personification of Frank Sinatra, he crowned himself the undisputed winner of the Sound Mix Show in 1986. Nearly 8 million viewers witnessed a unique performance, which he would perform countless times from then on. Peter Douglas was born! The unparalleled vocal similarity between Douglas and Sinatra became the talk of the day and still captures the popular imagination. His world-wide hit, 'Stars On Frankie', took him from New York to Tokyo and all corners of the world. In this way, Belgium and Germany also fell under the spell of the 'New Blue Eyes'. The Knokke Star Festival praised him for his vocal qualities and stylish presentation and our eastern neighbors were glued to his guest appearances on the television shows of Rudy Carell, Harald Junke and Carl Dahl. His album: ‘Just Swing’, which included the song, "Thank You Frank", which he co-wrote with the late composer, Lucy Steymel, brought him closer to the Sinatra family. On the 81st birthday of ‘The Voice’, he performed this self-composed song. In 2019, Peter Douglas released his single, "Fly Me Through The Years", co-written by himself, Bruce R. F. Smith & Ralph van Manen. Jan Wessels signed for the great arrangement. 2021 The album "Fly Me Trough The Years" will be released Stay tuned dear Crooner friends more is coming up!