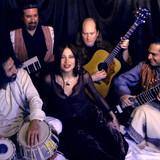 Ancient Future is longest running musical organization dedicated exclusively to the mission of creating world fusion music. The term was coined by bandleader Matthew Montfort in 1978 to describe the band’s unusual blend of musical traditions from around the world. Billboard calls the group "trendsetters" for their early contributions to the movement. Over the years, Ancient Future has expanded its musical vision through collaborations with master musicians from more than two dozen countries, cultures, and traditions who are now an integral part of what is today more than just a band. Ancient Future has grown to become a large multinational music ensemble with many smaller ensembles within. Ancient Future has performed over a thousand shows worldwide, headlining