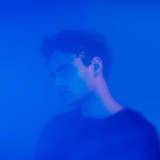 Alex learned of his affinity for melodic beats when he was 13, upon taking an after-school music production class. Now 27, the Belgian producer has honed in on a signature tranquil sound. He has also built a solo catalog that includes ambient instrumental tracks and adventurous pop collaborations. His varied body of work earned him over 100 million total streams in 2020. Lustig’s first real hit came in 2017, when he produced Live Up to My Name, the first post-jail single for OVO strongman Baka Not Nice (co-written by Drake). Alex earned another major credit for his work on French Montana's Jungle Rules and in 2019, he reconnected with Machine Gun Kelly for three proper collaborations on Hotel Diablo. He began his 2020 campaign by returning to OVO for two tracks on PARTYNEXTDOOR's long-awaited PARTYMOBILE. Alex soon connected with Gunna on his deluxe album WUNNA (Deluxe) with the song DIRTY DIANA. The next Young Stoner Life's project soon followed with the track No Surprise (feat. Don Toliver & Bslime). It is through his own releases that Alex has achieved his iconic sound. In 2020, two of his tracks reached the top 20 of SiriusXM Chill's most played songs. His ever-growing online presence also continues to pay off in unexpected ways, including a credit for Justin Bieber. Lustig’s synth loops are highly sought after. One of his synth samples was selected by Poo Bear and The Audibles for Come Around Me. You can find his latest loop pack on his website shop.alexlustig.com.