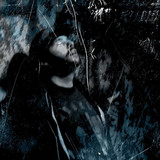 KARDIAC has come up through the slum streets of Middletown New York, and in his early years made a name for himself as a producer at local battles & Open Mics.

Playing drums in punk/hardcore bands as a young teen is part of the reason he loves producing. Everything took a turn with music around 97/98 and writing songs and producing beats became his first love. Known for going too far, with