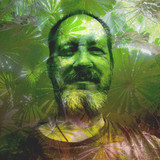 The new album 'High Teach' is released august 10 2021, I hope you like it and that you take it seriously. Rosarium Lane is Dutchman Michael Voogsgerd's name as a music producer. All music is composed, produced and all instruments are played by Rosarium Lane. Rosarium Lane features different singers, including himself. Style: "I don like to categorise but it could be called ambient pop with some world music and reggae influences sometimes. I have done a couple of collaborations and now I released my Reggae single Dawn with my own vocals. This song is important because it carries a vibration of change and transformation, so important in this time. it also carries my vibe, very much. I will probably record more Reggae in the future. And now I have; my new album High Teach"