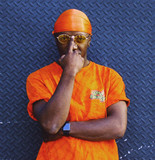 Awkward Z. is a rapper originally from Johannesburg, South Africa but moved to Ireland at age 5.   The Wexford/Waterford artist began rapping at age 16. Influenced by artists such as Kendrick Lamar and J. Cole he always displayed self-expression whether it's through Art, Dance or Music and has been performing in front of people for most his life.   He has been featured in rap reviews, The Lab TV Ireland, Natives TV and has done performances such as ANOMALY, Souletiquette, Body & Soul 19 along side duo Tebi Rex and has had his music played on international and national Radio Stations such as Beat 102 103 and RTÉ 2FM.    His goal for music is to be able to express his emotions in lyrics, inspire people who listen and make people feel something when they hear it.