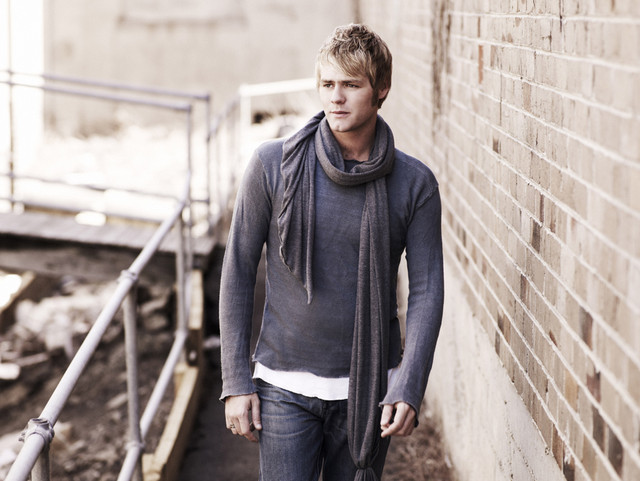 Brian McFadden is an Irish pop/rock singer/songwriter who experienced international fame as an original member of the boy band Westlife from 1998-2004 before mounting a solo career that commenced with the international chart-topper "Real to Me" in 2004. Born on April 12, 1980 in Dublin, McFadden was one of the five young men assembled by A&R executive Simon Cowell in 1998 to form the boy band Westlife. During his tenure, the group released five albums -- Westlife (1999), Coast to Coast (2000), World of Our Own (2001), Unbreakable, Vol. 1: The Greatest Hits (2002), and Turnaround (2003) -- all of which went multi-platinum and hit number one on the Irish albums chart (and four of the five hit number one in the United Kingdom). In addition, the group scored a dozen number one hit singles in the U.K. during this period: "Swear It Again," "If I Let You Go," "Flying Without Wings," "I Have a Dream/Seasons in the Sun," "Fool Again," "Against All Odds (Take a Look at Me Now)," "My Love," "Uptown Girl," "Queen of My Heart," "World of Our Own," "Unbreakable," and "Mandy." McFadden left Westlife in 2004 and released his full-length solo album debut, Irish Son, later in the year. Released by Sony BMG, the album failed to match the success of Westlife, but it sold well nonetheless, going Top Ten in Ireland and Top 30 in the U.K. Moreover, the album spawned a few major hit singles: "Real to Me" (number one in Ireland, the U.K., Denmark, and Norway), "Irish Son" (number four in Ireland, number six in the U.K.), and "Almost Here" (number one in Ireland and Australia, number two in Denmark, number three in the U.K.). Several years passed before McFadden re-emerged with his follow-up album, Set in Stone (2008), this time for Universal Music Group. Released initially in Australia, where it was a Top Five success, the album was promoted with the lead single "Like Only a Woman Can," a number one hit in Ireland and a Top 20 hit in Australia. Two years later the Irish vocalist put out his third album, Wall of Soundz -- again released in Australia -- which he worked on closely with American songwriter Rob Conley. The sound veered toward electronic influences and included a rap from New Yorker Kevin Rudolf on single "Just Say So," while "Mistakes" featured former flame Delta Goodrem. He was also busy working on his broadcasting career during this period and appeared as a judge on three series of Australia's Got Talent (2010-2012), co-hosted FOX8’s Football Superstar (2008-2009), and presented radio slots on 2Day FM. In 2011, McFadden was surrounded by controversy when his song "Just the Way You Are (Drunk at the Bar)" caused outrage with its questionable lyrical content and subsequently led McFadden to pledge all proceeds from the Australian Top 50-charting single to help rape victims. McFadden returned to the studio in 2012 to record a covers album, which included his own versions of hits from popular Irish artists such as U2, Van Morrison, and Snow Patrol. Entitled The Irish Connection, it was the second of McFadden’s releases to appear in the U.K.. ~ Jason Birchmeier & Scott Kerr, Rovi