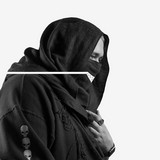 OSITO received his first keyboard around the age of 5 and has been playing ever since. At the age of 10, he started classical training through a combination of private lessons and self-teaching. His training continued in high school while attending the Salt Lake High School for the Performing Arts and he further refined his training after high school through intense and high-level independent studies in Music Production and Audio Engineering. In addition to his solo work, he also acts as a producer and songwriter for himself and as well as other artists. As such, in July of 2011, he joined The Departure as their studio keyboardist and in 2015 contributed to the writing and production of their third EP titled “Gateways,” by providing them with the track “The Sea Part II,” and by providing programming and sound design that lent to the EPs overall sound. In 2018 he achieved international success alongside