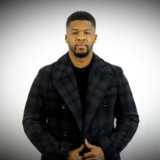 Steven Bell was born and raised in Ottawa, Canada, to Jamaican parents Joan Morrison and the late Dennis Bell. For as long as he can remember, music has always been an integral part of his life. From hitting the floor of his mother's home with sticks as a child to playing drums in his local church by age 12, and learning by ear the bass guitar and keyboard, Steven quickly realized that music was not just a hobby, but a part of who he was. He was fortunate to be surrounded by local artists and groups such as Cornerstone Concert Choir, Prosper and GPM and mentored and trained by fellow musician Kevin Pryce of Ottawa. By his teens, Steven had the opportunity to minister across Canada and The United States of America with these local groups.

He has also performed at the Bluesfest, an annual outdoor music festival in Ottawa, and has opened for and shared the stage with gospel, worship, and rap artists including Ritchie Righteous, Papa San, Canton Jones, Ricky Dillard, T-Bone and more. Steven’s musical genre is exceptionally versatile ranging from rap, pop, and worship. In 2009 Steven released his first single ‘Everybody’s Jesus,’ his first album in 2011 ‘Flesh to death’ and has continued to produce singles with his most recent entitled ‘Unity’. In 2015, Steven married his wife, Nakita Bell and together they serve in ministry at The Reach Centre Ottawa. Steven strives to inspire this generation to draw near to Jesus Christ and to pursue the call of God on their lives.