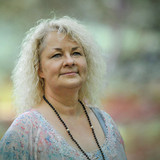 https://www.haukekranz-tastenfluesterin.de/ Music is magical !!! Already at the age of 4, Hauke Kranz discovered the magic of piano playing for himself. Growing up in a musical home, she took the classical path with intensive piano lessons to study at the Hochschule für Künste in Bremen. After graduating as a private music teacher in 1989 and the Artistic Reifeprüfung in 1992, many years followed with solo and chamber music programs at home and abroad. Touchability, proximity to the audience and “conversations of the heart” without words, only through the music became more and more important than technical excellence. A physical break-in led to the decision to end the classic career and to inner retreat. The low point in her being an artist. From the classical pianist to the piano whisperer! At the end of 2015 the forces were back and new musical ideas were just bubbling. Her first concerts with her own compositions got a wonderful resonance. The CD “A new Dawn” – a new day, was created in 2017 with a reputation to bring this music into the world as a piano whisperer. Already in this album, the development that has taken place on the new CD “Open Skies” (2019) matured and powerful shows. In the season 2021/22 Hauke Kranz will be on the road in north of Germany with the current program “Poetic Piano” and will be offering the concert concept “Doppeltes Tastenflüstern” adapted to Corona conditions. .