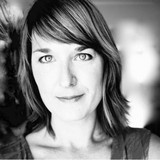 New album "Lost in Your Arms" out now! Tammy Rochelle is a Nashville-based singer/songwriter and recording artist. Originally from the sunny coast of North Carolina, Rochelle has called Nashville, Tennessee her home for over 20 years. Serving up authentic, straight from the heart soulful folk-rock, Rochelle has independently released six solo albums. She has logged eighteen international tours through Europe and has played throughout the USA, Nicaragua, Canada, Australia and Africa. After playing at the World’s Fair/Expo 2000 in Hannover for 5 months, Tammy played at the 2000 World’s Fair Main Stage and performed for the Guinness World Book of Records Television Show. She also makes music with her husband, Joseph Bamber, in their Americana-infused duo Chasing Summer. "Lost in Your Arms", Rochelle's 6th solo album and latest release, is a diverse mix of folk, soul, reggae with strong gospel harmonies reminiscent of Dolly Parton in the 70's with all-star musicians include keyboards and BGV's from Mike Hicks (Rascal Flatts, Keb Mo), background vocal arrangements by Jason Eskridge (Zac Brown, Jonny Lang), guitar and violin by Kyle Aaron,

Adrian Taylor on bass & several other guest appearances by friends close to Rochelle. Emotional highlights include "It's Gonna Rain", a downtempo spiritual pleading for healing from loss of loved ones, "Naive" about walking out of trauma and the title track "Lost in Your Arms" about learning to be vulnerable in love.