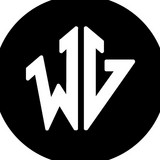 'WeirdoGvng' is a Hip-Hop group based out of North-Canberra, ACT. Comprised of three artists; Chief Maez , Partyateleven

and Ike(from)Pluto , the trio formed WeirdoGvng after the local success of a collaborative song they released in April 2016. Following that, WeirdoGvng have appeared at many local shows and festivals, captivating audiences with their astoundingly high-energy performance, allowing them to acquire a strong following in Canberra and it’s surrounds. WeirdoGvng's sound is unequivocally authentic, utilising dizzying lyricism and wordplay coupled with electrifyingly complimentary adlibs and spirit-melting vocal melodies over an array of experimental sample heavy Old School and ear warping New-Wave production. WeirdoGvng possess a style that any Hip-Hop, Trap or RnB fan can love and are truly the epitome of Genre Benders. <br>