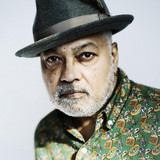 An acid jazz project rooted in the Brit-funk scene, Incognito are led by Jean-Paul "Bluey" Maunick, a multi-instrumentalist, songwriter, producer, and arranger who has guided an ever-changing lineup since 1979. The group appeared to be a one-and-done deal after Jazz Funk (1981) but returned early the next decade to record and perform at a steady rate, continually refining their feel-good hybrid sound with Jocelyn Brown, Maysa Leak, and Tony Momrelle among an assortment of featured and longer-term vocalists. Although Maunick and company have placed 15 singles on the U.K. pop chart, including a Top Ten version of Ronnie Laws' "Always There" and Top 20 cover of Stevie Wonder's "Don't You Worry 'Bout a Thing," their devotion to modernizing '70s soul, funk, disco, and crossover jazz has fostered a larger following in the U.S. Beginning with Tribes, Vibes and Scribes (1992) and continuing through Amplified Soul (2014), over a dozen of their albums have hit the Top Ten of Billboard's Contemporary Jazz chart. Incognito closed out their fourth decade with Tomorrow's New Dream (2019), on which Maunick was joined by Leak and other regulars such as Imaani, Joy Rose, and Vanessa Haynes.

Incognito were founded in 1979 by Light of the World members Jean-Paul Maunick and Paul "Tubbs" Williams. They debuted the next year with the single "Parisienne Girl" and followed it with the full-length Jazz Funk (1981), but were inactive during the rest of the '80s. Maunick continued to write material for his group, even while working with the likes of Maxi Priest and Nia Peeples. (Williams later moved to Finland.) Signed to Gilles Peterson's fledgling Talkin' Loud label, Maunick reactivated Incognito in 1990, assisted by fellow multi-hyphenate musician Richard Bull. Their subsequent update of Ronnie Laws' "Always There" (based on Side Effect's vocal version), featuring bona fide disco diva Jocelyn Brown, became a number six U.K. pop hit as part of the booming acid jazz movement. This prompted the release of Incognito's second album overall, Inside Life (1991). Maunick and Bull directed a large cast with many of the best musicians in Britain's fertile groove community, setting a standard for all of Incognito's future recordings. Tribes, Vibes and Scribes (1992) added vocalist Maysa Leak to the lineup. A cover of Stevie Wonder's "Don't You Worry 'Bout a Thing" reached number 19 in the U.K., and in the U.S., the album ascended to number five on the contemporary jazz chart. After third album Positivity (1993), Leak recorded a solo album for Blue Thumb/GRP. Maunick consequently sought Joy Malcolm and Pamela Anderson to contribute most of the vocals for 100° and Rising (1995), highlighted by the number 23 U.K. single "Everyday." The following year, Leak returned to appear on Beneath the Surface, on which Imaani made her first of several appearances. During the latter half of the decade, Incognito expanded their discography with Remixed (1996), Tokyo Live (1998), and No Time Like the Future (1999), the last of which brought Ski Oakenfull into the fold. The group's first two albums of the 2000s, Life, Stranger Than Fiction (2001) and Who Needs Love (2002), were made without Leak. The former was the first to feature long-term associate Tony Momrelle, while the latter -- the first of several releases through Dome in the U.K. -- added another, Joy Rose, along with contributions from Paul Weller and Ed Motta. Leak returned for Adventures in Black Sunshine (2004), a set that also boasted a guest appearance from key Incognito inspiration George Duke. Bees + Things + Flowers (2006) mixed cover versions along with re-recordings of four Incognito classics. More Tales Remixed (2008) involved remixes from Dimitri from Paris and Mark de Clive-Lowe, among others. Incognito began the 2010s by acknowledging a major group milestone, most notably with the two-CD Live in London: The 30th Anniversary Concert, as well as their 14th studio set, Transatlantic R.P.M. (2010), featuring performances from Chaka Khan, Leon Ware, Mario Biondi, and Leak. Surreal (2012) was followed by Maunick's first proper solo album, Leap of Faith (2013). Incognito nonetheless remained Maunick's primary creative outlet. Through the remainder of the decade, they released three additional double-length studio albums -- Amplified Soul (2014), In Search of Better Days (2016), and Tomorrow's New Dreams -- supported as usual by dozens of instrumentalists and singers. ~ Andy Kellman & John Bush, Rovi