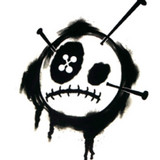 Small Town Sindrome is a U.S. alternative rock band from Grand Rapids, Minnesota. The band members are Brian Gandy (vocals, guitars), Adam Mahoney (drums), and John Hakala (vocals and bass guitar). Small Town Sindrome, or STS, for short, has gained an impressive world-wide following since its formation in 2018. “How This Ends”, the band’s debut album, was released in 2019 across most digital platforms, and blends a high-energy classic punk rock sound with creative pop melodies and lyrics.

STS's new album, It Only Gets Worse, is scheduled for an October 2021 release and the band is anxiously awaiting the opportunity to resume touring the continental U.S. as well as South America, Europe, Australia, and the Philippines.