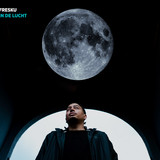 Fresku has been one of the biggest Dutch rappers for years. With his three solo albums Fresku (2010), Maskerade (2012) and Nooit Meer Terug (2015) and very personal and introspective lyrics in songs such as ; Twijfel, Ik ben hier and Ik wil, he has left his mark on Dutch hip-hop for years. But Fresku also knows how to put himself on the map with his theatrical, humorous side, in online sketches that he makes together with producer and filmmaker Teemong and in the theater with his cabaret performances. At In Het Diepe, his introspective, darker side predominates.

Sumud is the first single from Baranka Music, the brand new label that Fresku has set up himself and where he is the only artist for the time being. “After twelve years of Top Notch, it was time for this step. A first independent release, a new chapter.