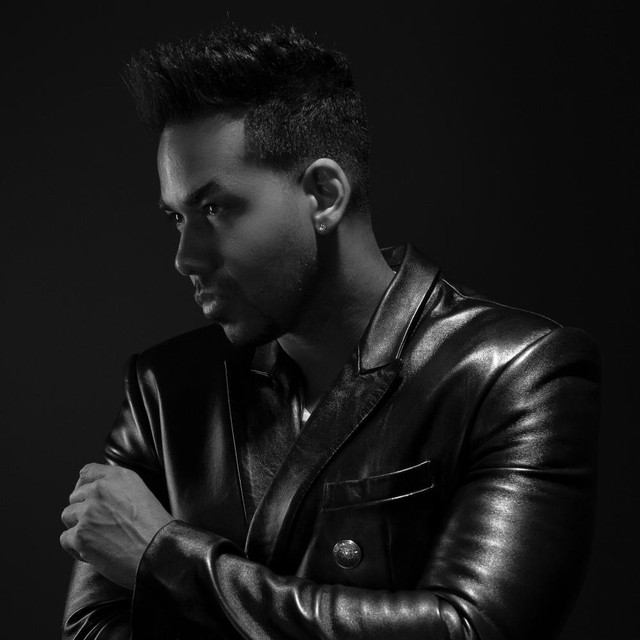 Romeo Santos is a bilingual bachata singer/songwriter who rose to fame in the 2000s as the lead vocalist of world-renowned boy band Aventura prior to embarking on a chart-topping solo career in 2011. Born Anthony Santos on July 21, 1981, in the Bronx, New York, he got his start as a singer in the choir of his church before co-founding Aventura with his cousin Henry Santos and brothers Lenny Santos and Max Santos. Originally known as Los Tinellers, the teenagers made their full-length debut with Trampa de Amor (1995), followed by Generation Next (1999), their first album as Aventura. Fusing bachata with R&B and hip-hop, Aventura broke through to mainstream success with the worldwide chart-topping smash hit "Obsesión," from their third album, We Broke the Rules (2002). Subsequent albums Love & Hate (2003), God's Project (2005), K.O.B. Live (2006), and The Last (2009) were chock-full of similarly styled hit singles. With nine Top Five hits on the U.S. Latin singles chart to their name, Aventura officially called it quits in 2011, as Santos embarked on a much-anticipated solo career. In conjunction with Sony Music, he made his solo debut with the chart-topping Latin hit single "You," followed by "I Promise," another number one smash, this one featuring Usher. Largely written and produced by Santos himself, 2011's Formula, Vol. 1 marked his full-length album debut. He then burnished his success with a live album, The King Stays King: Sold Out at Madison Square Garden, released in 2012. For his second solo album, Santos drafted major stars from both the Latin and pop worlds -- Drake, Nicki Minaj, Marc Anthony, and Tego Calderón, among others. Finally released in 2013 as Formula, Vol. 2, the album went multi-platinum 11 times over. Including a pair of chart-topping singles ("Propuesta Indecente," "Odio"), it hit number one in several countries and reached number five on the U.S. pop charts, remaining in the top rungs of the Latin Albums charts for more 120 weeks. In early 2017, he returned with the single "Héroe Favorito," and dropped his third album, Golden, on his birthday, July 21. The album's video teaser racked up over eight million views on YouTube the week of its release. ~ Jason Birchmeier, Rovi