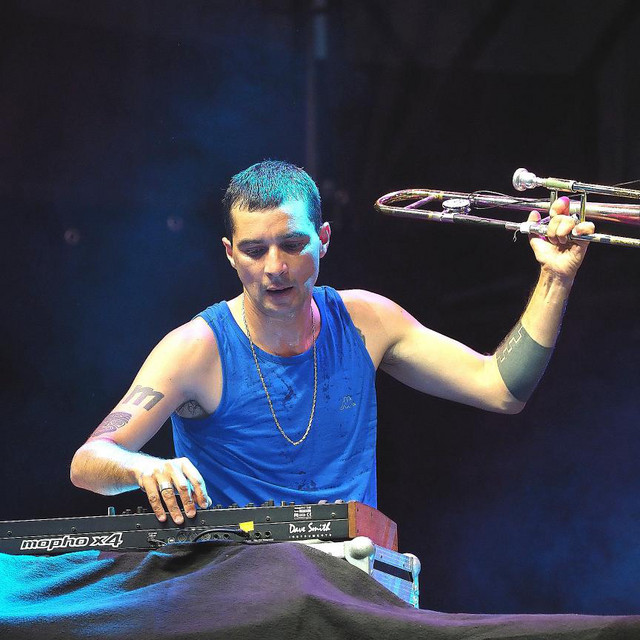 Gianluca Petrella is one of the most talented Italian musicians in the world. He was born in 1975 and he started his carrier more than 20 years ago. He has collaboration with international artists of unquestionable fame and recorded with prestigious labels, not least the famous ECM (both with his own projects and with Enrico Rava). His career doesn’t stop only in jazz field: Gianluca has dedicated a substantial part of his talent and his music above all to electronic music. Regarding to this dimension, it is important to remember the publication of his vinyl "103" (EP published by Electronique.it Records in 2014) in which the use of various electronic instruments and synthesizers helped him to create the right atmosphere, intimate and rarefied, dark and cinematic; the same one that Gianluca was able to create in the live version. "103" in fact, starting to a project totally conceived and produced by Petrella himself, it has also become a refined and powerful live. He has a lot of collaborations with very important musicians: from Matmos, to Ricardo Villalobos and Max Loderbauer - in the project "Re: ECM" - from Moritz von Oswald to individual projects with DJ Nicola Conte (they recently released two highly successful Eps, "African Spirits" and "Sun Song") and Ralf, they created and shared the R.Ha.rf project, from the fertile and intense collaboration with the Italian hip hop master, Dj Gruff, to the celebrated "9lazy9" (Ninja Tunes).