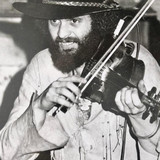 The violin has been transformed into an important sound of salsa and Latin music by Cuban-born and Colombia-based violinist Alfredo de la Fe. The first solo violinist to perform with a salsa orchestra, de la Fe has toured the world more than 30 times, appearing in concert and participating on more than 100 albums by such top-ranked Latin artists as Eddie Palmieri, Tito Puente, Celia Cruz, Jose "El Canario" Alberto, Cheo Feliciano, the Fania All-Stars, and Santana. His second solo album, Alfredo, released in 1979, received a Grammy nomination for "Best Latin album." A child prodigy, de la Fe began studying violin at the Amadio Roldan Conservatory in Havana in 1962. Two years later, he received a scholarship to attend the Warsaw Conservatory in Poland. In 1965, he performed compositions by Mendelssohn and Tchaikovsky with the Metropolitan Opera Orchestra at Carnegie Hall. A scholarship to Julliard Arts enabled him to further his studies. De la Fe launched his professional career at the age of 12, when he switched from classical music to salsa and accepted an invitation to join charanga legend José Fajardo's Orchestra. In 1972, he joined Eddie Palmieri's Orchestra. He remained with the group for a very short period, moving temporarily to San Francisco where he joined Santana. Returning to New York, de la Fe joined la Topica '73 in 1977. Two years later, he released his debut solo album, Alfredo. In 1980, he signed with Sars All Stars, and produced 32 albums for the Latin record label. His second solo album, Charanga '80, was released the same year. In 1981, de la Fe became musical director of Tito Puente's Latin Percussion Jazz Ensemble. The following year, he resumed his solo career, signing with Taboga, for whom he recorded the album Triunfo. Relocating to Colombia in 1983, de la Fe signed with Phillips and released three albums -- Made in Colombia, Bailando en el Tropico, and Alfredo de la Fe Vallenato -- by the end of the '80s. In 1989, he switched to the Fuentes label. Although he joined the Fania All-Stars in 1995, de la Fe continued to pursue a solo career. He signed with Sony Music in 1997. Two years later, he toured with his own band, appearing at festivals in Denmark, Holland, France, Turkey, and Belgium, and reunited with Eddie Palmieri's Orchestra

for a European tour. Latitudes was released in fall 2000. ~ Craig Harris, Rovi