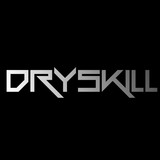 Having first been a Hip Hop DJ before he was 20 years old, in love with vinyl, he then turned to electronic music throughproduction. Self-taught, he mainly produced Electro House for 1 year and then switched to his favorite style, dubstep. He released his first EP “One Shot” in 2013, and the recognition of his peers came in 2014 when he was the best artist of Soonvibes in 2014 with his track “Get Up”, present on a Fun Radio compilation and supported by Quentin Mosimann, Mathieu Bouthier and Merzo. He remixed in 2015 "Stop Em" by TODIEFOR as well as "Coco" by OT Genesis, and then followed by the frantic production of free downloads for his community, with titles like "Next Level", "Strange Day", "Again" , "Never Stop" ... His interview on Fun Radio in 2017 encouraged him to take a new level and he began a collaboration with the Gold Digger label on which he will sign several tracks, such as "Cmon Everybody", "Back", "War the Killer" and " Speed ​​Drift ”. He remixes "Surf the Wave" by Tambour Battant, which will allow him to release new tracks on the Château Bruyant label. The year 2019 marks a new milestone in his career, with 2 new releases expected on the labels "Electronyze Me" with the title "Burnout" and "Fraudulent Records" with the title "Future". In 2020, he comes back very strong with a 2 tracks EP, entitled "The World Is Yours" A Dubstep EP with flavors from the 80s