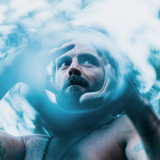 Looking back over Xavier's stunning career, one could easily ask what is possibly left for him to achieve. Already one of Australian music's all-time greats, he has touched people's lives worldwide. He has earned accolades of every kind, Gold and Platinum certification, and legions of fans who love him with an inextinguishable passion. Yet, with each new release, Xavier Rudd continues to surpass expectation and produce his finest work to date. <br> Beginning his career with 2002's definitive To Let, Xavier Rudd put his message out into the world and was answered immediately. Fans from all over the globe were drawn to the distinctly Australian-looking musician, activist and surfer. It was the start of a journey that would span well over 15 years (and counting); taking Xavier to almost every continent on the planet, where he has connected with people from all cultures and walks of life. There are no borders that apply to Xavier Rudd's music.<br><br>&nbsp;As his popularity grew worldwide, so too did Xavier's musical palette. Each new record, always accompanied by breathtaking singles, gave his fans everything they wanted and more. In return, ARIA nominations, chart placings and Gold and Platinum records honoured each release, spurring Xavier even further and producing a stellar discography: To Let (2002), Solace (2004), Food In The Belly (2005), White Moth (2007), Dark Shades Of Blue (2008), Koonyum Sun (2010), Spirit Bird (2012), and his first album with The United Nations, Nanna (2015).