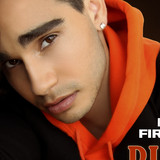 He's one of Australia's most successful young artists with an undeniable voice and creative ability to match, Isaiah Firebrace has had a meteoric rise to fame. With humble beginnings from a small country town, he gained attention on the strength and range of his powerful baritone voice, captivating audiences in Australia and around the globe with his smooth tones and passionate performances. Isaiah’s elastic talent has garnered millions of listeners globally, becoming one of the highest streamed artists the country has to offer, with over 300 million streams on Spotify alone. Isaiah’s debut single has broken records with ‘It’s Gotta Be You’ going Double Platinum in Australia, Platinum in Norway and Sweden and Gold in Denmark, with the follow up album further impressing fans and critics, proving his ability. Since his debut, he's won The X Factor, was signed to Sony Music and represented Australia as the first indigenous artist, and the youngest to ever compete for Australia at the Eurovision Song Contest in 2017, finishing in the Top 10. Isaiah has toured throughout Australia, as well as with Jessica Mauboy. He's collaborated with artists like Stan Walker and Lee Kernaghan and has performed many times across the globe. With self-penned releases of records like ‘What Happened To Us’, ‘Blame On Me',

‘Spirit’, 'Streets Of Gold' and more, Firebrace is set to continue to shine and cement his name as one of Australia’s brightest young stars.