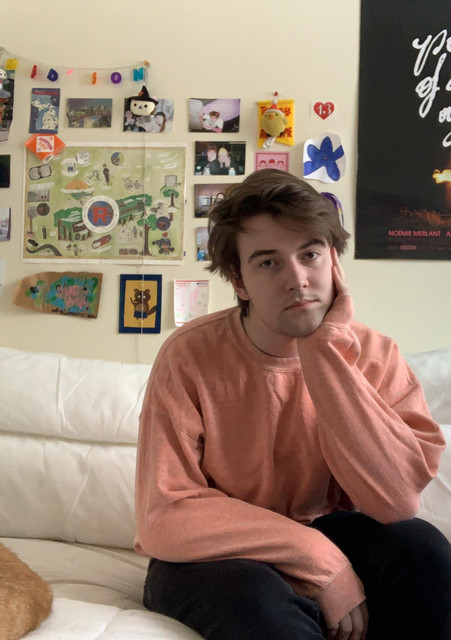 Peter Kuli is an american producer and songwriter currently residing in Burlington, Vermont. Despite being in a small northeastern city, it hasn’t stopped Peter from reaching millions of listeners globally.   After a series of independent DIY releases, Kuli caught waves on the internet after his Gen-Z anthem remix, “ok boomer” went viral on TikTok. This landed him media attention from outlets like The New York Times, The Boston Globe, NPR, and more. Paper Magazine even named it “Meme of the Year 2019”, praising it for being “Gen Z rock 'n' roll, the antithesis of normative radio-ready trap-pop and a foot-in-the-ass to adults everywhere”   Now that his brush with fame is behind him, Peter is ready to prove himself as an artist to continue watching. Embracing his love for pop, hip hop, and all avenues of electronic music, Peter’s new “Comfort Zone EP” will give listeners a new sense of how Peter wants to be known as an artist. And with support from acts like Dylan Brady, Laura Les, Slayyyter, Brasstracks, Surfaces, and more, Peter Kuli is ready to showcase his skills in all corners of pop music and beyond.   mgmt: dev@thefuelinjector.com