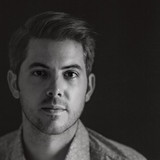 In a nearly 15-year career as a singer-songwriter Dan Hubbard has released 7 studio albums, toured extensively throughout the United States, and shared the stage with countless national acts, including Martin Sexton, Andrew Combs, and Nikka Costa. Influenced by the likes of Tom Petty, Hubbard’s music has been acclaimed as “beautiful, powerful, and often seemingly effortless.” (Independent Clauses) Hubbard—an Illinois Native and the youngest of three boys—credits his brother D.J. with inspiring him to write. “He played me these songs he had written while he was off at college, and I was blown away. Seeing his talent made me believe I might have it in me too.” he says. At age nine, Hubbard’s other brother, Erik, died from brain cancer when he was just 12. By 15, Dan discovered guitar as an outlet. “It became a way for me to properly mourn him, and heal.” After graduating from Illinois State University, Hubbard knew he wanted to pursue music, and he’s been honing his craft ever since. In 2020 Hubbard released a single, "Hotshot," as well as a live album, "Dan Hubbard Live at the Castle Theatre," and his 2021 release, "Fall in Love Again (Quarantine Lullabies)," is available now on all digital platforms.