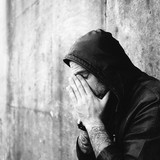 ESTERLY is an artist, producer and composer that has been releasing music since 2016 and has garnered over 30 million streams across major platforms and nearly 1 million Shazams to date. He has also been prominently featured in official film trailers with Warner Bros Pictures and 20th Century Fox as well as dozens of commercial placements for Audi, Fortnite, Call of Duty, NBA, NFL, MLB, ACC Network and major television shows with NBC, CW, FOX, BBC, SkyTV and ViaSat among others.   In addition to composing cinematic soundscapes on his own, ESTERLY regularly collaborates with other artists. His collaborators include Sø (Søren Hansen of New Politics), St Louis blues icon Eric McSpadden, Nashville based artist Austin Jenckes, hip-hop artists Jung Youth and Vo Williams, European songstress Jantine and others.   ESTERLY released multiple singles in early 2020 leading up to the release of his full EP, titled RESET, The EP encompasses re-imagined versions of songs originally made popular by artists such as The Pixies, Jewel, Motley Crue and others.   Next up for ESTERLY is his joint release of “So Alive” with Vo Williams and Austin Jenckes on April 9th, 2020. It is featured as the opening credits song of the film, “The Main Event”, which releases on Netflix the following day. The film is a co-production between the WWE & Netflix.