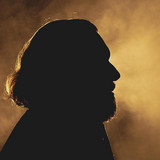 Songwriter, Producer, Musical Theater composer and now recording Artist. Eliot has written hits for some of the biggest artists in the world including Spice Girls, Take That, Bryan Adams, Celine Dion and Aretha Franklin to name a few. Now, after an amazing career of writing hits for other artists he has finally started releasing material under his own name. Eliot's first recording artist releases are the single's 'My Destiny' and 'When Love Breaks Down' from the album 'A Yacht Named Sue'... he has also released 'Mind Music' a collection os meditative, relaxing pieces.