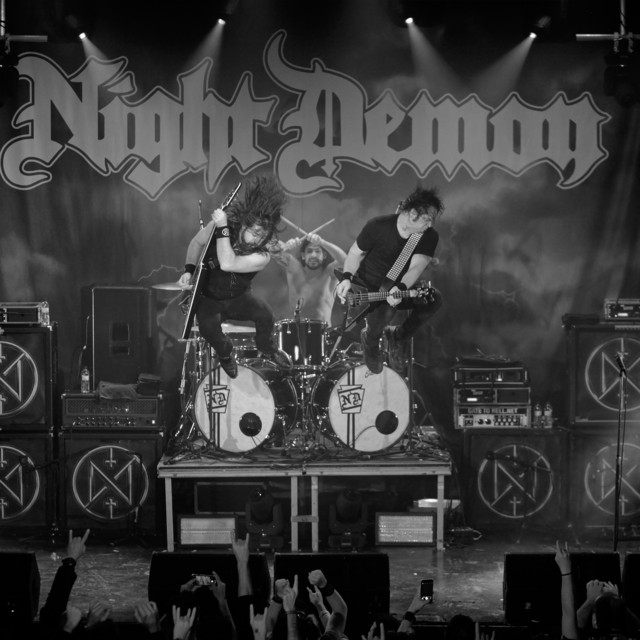 Night Demon erupted onto the underground heavy metal scene with their self-titled four-song EP in 2012. This recording showcased a sound forged by a deep-seated passion for the New Wave of British Heavy Metal loaded with unmistakable notes of American muscle and swagger. Listeners around the globe were captivated by this fresh take on a revered sound, and a notable street buzz soon followed. Through relentless touring Night Demon’s reputation, both at home and abroad, is now known for being an incendiary, must-see live act with a tireless work ethic. Never a band to follow the expected trajectory, Night Demon has forged their own path bringing their distinct brand of heavy metal heat to more people in more places – including those less traversed and off the beaten path. With each successive tour, Night Demon’s live show has incorporated additional production elements, including innovative lighting, visual effects and the nightly onstage appearance of the band’s black-cloaked skeletal mascot, Rocky, to haunt, goad and tempt concert-goers into drinking from the chalice. The true defenders of the night are poised to bring their volatile stage show and fist pumping, neck wrecking, Heavy Metal sound to audiences the world round.